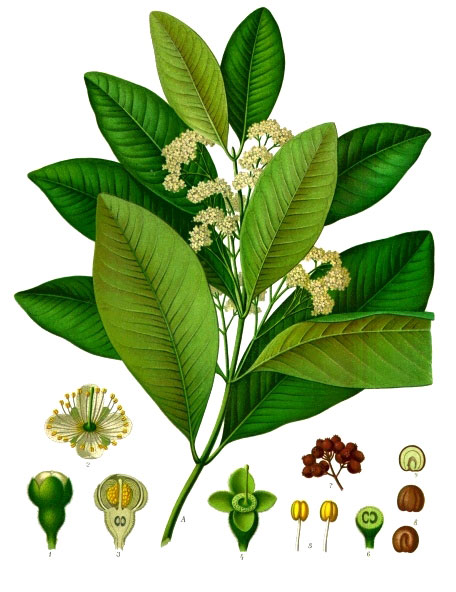 It was named ‘Jamaican pepper’ ('pimenta') by the Spanish, due to its similar appearance.

Allspice oil is warming, and can help with arthritis, and muscular aches and pains.

Allspice is used heavily in cooking, particularly in Jamaican and Middle Eastern cuisine. It’s also used as a ‘pepper’ in five-pepper blends.

In areas where the plant is native, the wood and leaves are often used for smoking meats.

Allspice is regularly used as a fragrance in masculine soaps and perfumes.

The allspice plant grows poorly outside of the tropics, and it was once believed to be impossible to grow outside of its native range. The seeds rely on birds' digestive systems to be able to germinate.

Etymology: Named “allspice” in the early 1600s by the English, who valued it for containing the flavours of cinnamon, nutmeg, and clove.